Rag-headed Muslim McDumbbunnies think the sins of black thugs and gangstas are the fault of white school teachers? How stupid is that?

marke said:
Rag-headed Muslim McDumbbunnies think the sins of black thugs and gangstas are the fault of white school teachers? How stupid is that?
Click to expand...

"Political statements have no place in sports" 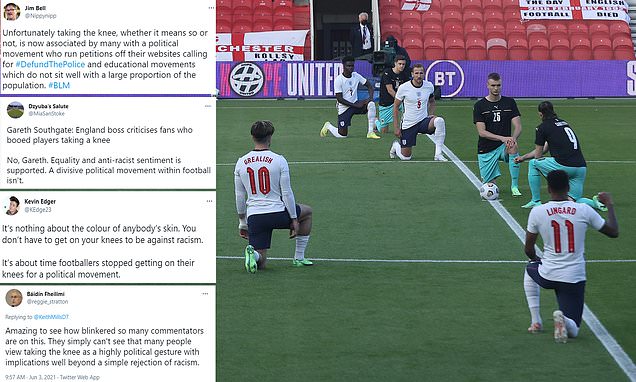 There were audible jeers as the players took the knee at Middlesbrough's Riverside Stadium - the first time an England side have done so in front of a home crowd.

Leftist stupidity and error continue to amaze for its growing insanity.

People who aren't retarded knew how this would turn out before they started.

ok doser said:
People who aren't retarded knew how this would turn out before they started.

What a duh moment!

Apparently James Freeman will also have to change his name.

Thought it was a troll at first

The end of women's sports

Blue's Clues on Homos in Twos: The Pope would be Proud! | KGOV.com

Oh right, there's more about the pope in that one!
M

ok doser said:
People who aren't retarded knew how this would turn out before they started.

I was doing contract work at Ft. Bragg near a drop zone and saw a bunch of jumpers blown off-target into the trees. Concerned that some might have been hurt my fellow workers and I ran down to the area that looked to be the most dangerous. We happened upon a first sergeant on the ground cursing at a buck sergeant for going into the trees, and turned away to look elsewhere. We heard a woman crying and went to see what the problem was, where a woman's chute was tangled in two adjoining trees and she was dangling about 30' above the ground.

I was once a paratrooper. We were taught how to release our reserve and then release ourselves from our main chute and slide down the reserve to the ground. This woman was frozen in fear and would not do it. And she was crying. Soon the same first sergeant showed up and began to comfort her with kind and soothing words while formulating a plan to get her down. Our work crew just happened to have a trestle extension ladder just high enough to reach the woman so we offered it. About a dozen troops held the ladder while one climbed up and helped her down after releasing her from the chute.