Saved.One.by.Grace said:
What happens when you do your best to spread a little kindness, and it's returned by anger? I'm tired of turning the other cheek.
Click to expand...

You, know, years ago, on this forum, I reached out in sympathy to someone who really seemed to detest me, about a beloved pet dying. I got no response, but somehow, I think it may have helped a little. And that's enough, I think.
F

In a brilliant piece on effective charity, Scott Alexander, provided the following anecdote which elucidates the core of the effective altruism approach:

“Most donors say they want to ‘help people’. If that’s true, they should try to distribute their resources to help people as much as possible. Many people don’t.

In the ‘Buy A Brushstroke’ campaign, eleven thousand British donors gave a total of £550,000 to keep the famous painting ‘Blue Rigi’ in a UK museum.

If they had given that £550,000 to buy better sanitation systems in African villages instead, the latest statistics suggest it would have saved the lives of about one thousand two hundred people from disease.

Each individual $50 donation could have given a year of normal life back to a Third World individual afflicted with a disabling condition like blindness or limb deformity.
F

Two Sacramento police officers proved that Santa Claus isn't the only one working the night shift and brightening the holidays.

Officers Phil Burnham and Nick Knoblock saw a family of five carrying suitcases through downtown Sacramento around midnight on Saturday.

They thought something was out of place and found out Robbie and Ivory Pruitt had just lost their home.

Burnham and Knoblock then offered to pay for a hotel room for the family.

"You know, you've got some good officers out there, you know. They're human, just like us, like anybody else. I'm just thankful they pulled up on us," Robbie said.

"There were cries and hugs, and they were very appreciative," Knoblock said.

A charity called Sacramento Police Cares covered the officers' out of pocket expenses.

Burnham and Knoblock said they would have helped the Pruitt's even if they didn't get a dime back.
F

There is no free lunch ?

Kindness in various forms of expression.

“If your understanding of the divine made you kinder, more empathetic, and impelled you to express sympathy in concrete acts of loving-kindness, this was good theology. But if your notion of God made you unkind, belligerent, cruel, of self-righteous, or if it led you to kill in God's name, it was bad theology. ” ~ Karen Armstrong

“The kindnesses … I never forget them. And so they keep one from becoming bitter. They encourage you to be as strong, as volatile as necessary to make a well world. Those people who gave me so much, and still give me so much, have a passion about them. And they encourage the passion in me. I’m very blessed that I have a healthy temper. I can become quite angry and burning in anger, but I have never been bitter. Bitterness is a corrosive, terrible acid. It just eats you and makes you sick.” - Jeffrey M. Elliot
F

Note: Due to social distancing. free hugs are reduced to virtual hugs.

According to the Oxford Dictionary the definition of kindness is “the quality of being friendly, generous, and considerate” and therefore an act of kindness could be as simple as giving a stranger a compliment, sending an encouraging email to a colleague, or letting somebody jump in ahead of you at the checkout. Researchers have argued that kindness is like a muscle that needs to be strengthened through repeated use, and this reinforces the notion that kindness is something that we can continuously nurture. The art here is to look for opportunities where you can demonstrate kindness and to practice! You’ll soon start to feel the benefits and can rest in the knowledge that your acts of kindness are not only significantly impacting your own life, but also positively impacting the lives of many others in the process.
F

Be an agent of kindness.

When you walk into your local coffee shop or go to work, what can you do to make someone’s day? Pay for coffee for the person standing behind you? Smile and make eye contact with someone passing in the hall? Perhaps the person was having a tough day and by acknowledging them, you’ve made an impact on their lives. No encounter is random but an opportunity to spread some light.

We make big and small choices every day, and some are easier than others. Most often we make decisions based on convenience. For example, we might not help someone who needs it because we think we’re too busy, or we might not pursue a career that makes a positive difference because it seems too hard. A courageous choice means we choose based on conviction. What is the right thing to do?

Upon reflection, many people regret the things they didn’t do. When we die, we won’t be judged against someone else’s life but against our own potential. Did we do the best we could with the hand we were dealt?

Wake up every morning and ask yourself, “What can I do today outside my comfort zone to live courageously and make a difference?” No one wants to be remembered for playing life safe but for doing what is right.

The sources of our faith is in a Power higher than ourselves. There are also friends or a spouse who believes in us more than we believe in ourselves so we can be our best and give our best back to the world. We need the strength they give us to show up every day and make a positive impact, because life can be hard sometimes. Who are your cheerleaders? Who can you depend on to support you in all your endeavors and encourage you when you’re feeling down?

Living inspired stems from an awareness that life can change in an instant. Don’t wait for a huge loss to wake you up to your blessings. Take nothing for granted and don’t assume you’re owed anything. In the age of COVID in particular, we cannot take even one breath for granted.

Start a gratitude journal that lists new blessings every day. When we live with joy, we exude positive energy, which uplifts the people into our lives and creates a ripple of hope and optimism in our families, communities, and the world.

Identify your talents and skills, and what makes you smile. Your life is a gift latent with infinite potential. When do you feel the most alive? Spending your time and energy on the areas in your life that give the most joy will renew your sense of meaning and purpose and motivate you to seize every day to make an impact and create a legacy.
F "Don't overlook the significance of your smallest opportunities for civilized behavior throughout each day. The future has no bigger moments than we experience right now. The world changes for the better with every act of kindness, and for the worse with every act of cruelty. The future is nothing grander than the very next moment, and it arrives solely from the present." -Bo Lozoff

Make the holiday season an every day opportunity all year round.

Kindness is about treating others the way you want to be treated.

It’s more than just holding your tongue when you’re tempted to say something unkind; kindness looks for ways to make life better for others. It takes delight in lifting others up and reminding them they’re not alone, invisible, or insignificant.

Kindness and compassion are closely related; the latter involves the readiness to see a situation from someone else’s perspective and to give them the benefit of the doubt. It also takes into consideration what the other person has gone through and chooses to respond with kindness rather than anger or vengefulness.

Both demonstrate at least a subliminal appreciation for the connectedness of all living beings; when you show kindness and compassion to others, you benefit (at least) as much as they do.
F

One South Carolina couple has given new meaning to the season of perpetual hope after stumbling upon antique coins worth $25,000 in their Columbia home.

Army vet James Mumford, 46, and his wife Clarrisa stumbled upon the coins, which date back to the 19th century, in two cases in the attic of their new home in Columbia, S.C.

Instead of cashing in on their newfound discovery, they decided to give them back to their rightful owner, who has chosen to remain anonymous.

“James happened to come across the coins in a leftover drawer, tucked away," Clarrisa, who owns a nearby catering company, told the news outlet. “The previous owners were elderly so I think he accidentally hid them from himself. He even admitted that he had completely forgotten about them.”

A husband and wife discovered a stash of antique coins worth a staggering $25,000 in their new home in Columbia, South Carolina.

Despite the incredible find, the Mumfords said they were never tempted to keep the coins as their own.


“We had no idea the coins would be worth that much, but regardless we knew who the previous owner was so, of course, we immediately gave them back," Clarrisa explained.
F 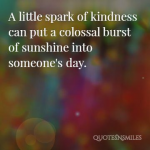 "In life you can never be too kind or too fair; everyone you meet is carrying a heavy load. When you go through your day expressing kindness and courtesy to all you meet, you leave behind a feeling of warmth and good cheer, and you help alleviate the burdens everyone is struggling with." -Brian Tracy

"Kind words can be short and easy to speak, but their echoes are truly endless." -Mother Teresa

"Too often we underestimate the power of a touch, a smile, a kind word, a listening ear, an honest compliment, or the smallest act of caring, all of which have the potential to turn a life around." ~Leo Buscaglia
E

Sometimes in our ministry when we help someone, they offer to pay us back. We say to them, pass the kindness on, help a stranger.

I give you a turkey leg in spirit
F 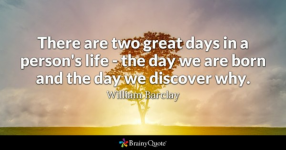 A 7-year-old boy from Houston Texas used his birthday money to help feed the homeless on Thanksgiving.

Dylan Virtudazo's birthday party was canceled in August due to the coronavirus pandemic, so he received some cash instead. Initially unsure how to spend it, he came up with the idea when his teachers asked students about their plans for Thanksgiving.

His selfless attitude is what led Dylan to use his birthday money to create "blessing bags" for the homeless.

The "blessing bags" had face masks, hand sanitizer, bar soap, razors, water, lotion, a snack and a note that read,