Arthur Brain said:
Bring it on!
Click to expand...

You just became an enemy of the Democrat Party.

Arthur Brain said:
Bring it on!
Click to expand...

Trump would never testify. He knows he would be committing perjury IF he repeated his lies under oath.

Rusha said:
Trump would never testify. He knows he would be committing perjury IF he repeated his lies under oath.
Click to expand...

He's too cowardly to testify and too stupid to carry it off extemporaneously.

Jefferson said:
You just became an enemy of the Democrat Party.
Click to expand...

The Jan. 6 committee revealed on Tuesday that former President Donald Trump was “directly” involved in the illegal campaign to fabricate phony slates of electors in key swing states. So too was Rudy Giuliani. So too was John Eastman, who wrote the “coup memo” instructing former Vice President Mike Pence to stop the certification of the Electoral College. So too, apparently, was Sen. Ron Johnson (R-Wisc.) — so much so that he wanted to subvert the will of his state’s own voters and hand-deliver fraudulent Wisconsin electors to Pence on Jan. 6.

The committee displayed a text message from one of Johnson’s staffers, sent just minutes before Pence was set to certify the election, stating that the senator wanted to give Pence the fake electors from Wisconsin and Michigan. “Do not give that to him,” replied one of Pence’s staffers.

Alexa Henning, a spokesperson for Johnson, responded on Twitter that the senator had no involvement in the “creation of an alternate slate of electors” and that he did not know his office would receive the slate ahead of time. She did not refute anything revealed in the hearing.

The committee also revealed on Tuesday that the Trump campaign was involved in the effort to transport the fake slates of electors from the states to Washington, D.C.; that Eastman asked the Republican National Committee to assist in the scheme; and that the White House counsel’s office informed key players like Giuliani and Chief of Staff Mark Meadows that the scheme was not legally sound. They proceeded with it anyway.

Another Fantasy Island episode from the Groomer Party.

Jefferson said:
Another Fantasy Island episode from the Groomer Party.
Click to expand...

You think an hour-plus of Trump in his own words is fantasy island? That’s progress!


Biden Is The Most Unpopular President Since Tracking Began In 1945!​ 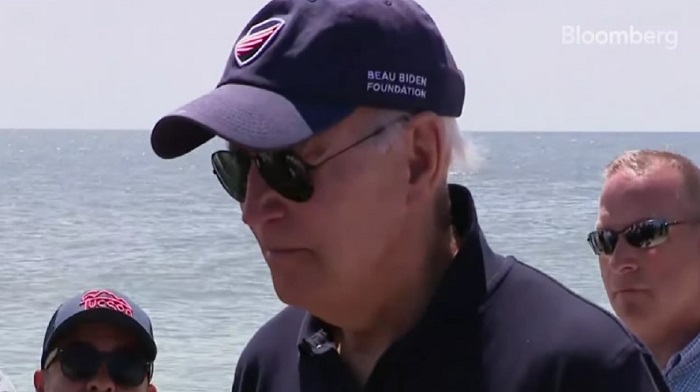 Down In The Dumps! Biden Is The Most Unpopular President Since Tracking Began In 1945

A recent headline from FiveThirtyEight asks: "How unpopular is Joe Biden?" The numbers show him with staggeringly low popularity, well below any President since tracking began in 1945.

annabenedetti said:
He's too cowardly to testify and too stupid to carry it off extemporaneously.
Click to expand... 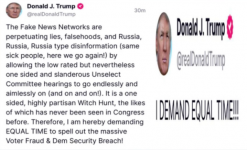 Never heard him say that before.

The committee chair has said "We welcome the former president, he will have to come under oath. He’s a citizen. And if he thinks he can come to our committee under oath, and perjure himself, then I would suggest he does not come."

annabenedetti said:
"... the likes of which has never been seen... before..."

Never heard him say that before.

The committee chair has said "We welcome the former president, he will have to come under oath. He’s a citizen. And if he thinks he can come to our committee under oath, and perjure himself, then I would suggest he does not come."

Ha! Corrupt Don will not testify.

He'll pretend he will so he can keep grifting for his 'legal defense fund.'

4 takeaways from the fourth Jan. 6 hearing​

The House committee probing the Jan. 6, 2021, attack on the Capitol held its fourth hearing Tuesday afternoon, focusing on President Donald Trump’s pressure campaign on state and local officials to help overturn the 2020 election results, along with his team’s “fake electors” plot.

Arizona House Speaker Russell “Rusty” Bowers (R) provided some of the most compelling testimony at Tuesday’s hearing — and of any hearing thus far. In doing so, he added to the growing volume of evidence that Trump’s team was told its plot to overturn the election was illegal.
Bowers said Trump lawyer Rudy Giuliani asked him to look into potentially removing Joe Biden’s electors in Bowers’s state, at which point he bucked.

“He pressed that point, and I said, ‘Look, you are asking me to do something that is counter to my oath, when I swore to the Constitution to uphold it. And I also swore to the Constitution and the laws of the state of Arizona. And this is totally foreign as an idea or a theory to me. And I would never do anything of such magnitude without deep consultation with qualified attorneys,'” Bowers said. “And I said, ‘I’ve got some good attorneys, and I’m going to give you their names. But you’re asking me to do something against my oath and I will not break my oath.’”
Bowers also recalled Giuliani acknowledging at one point that he didn’t yet have the evidence to back up the action he was asking for.

“My recollection [is] he said, ‘We’ve got lots of theories; we just don’t have the evidence,’” Bowers said. “And I don’t know if that was a gaffe or maybe he didn’t think through what he said. But both myself and others in my group — the three in my group and my counsel — both remembered that specifically.”

Bowers said Trump lawyer John Eastman also inquired about decertifying the electors — supposedly so the courts could decide — at which point Bowers offered a similar response about the lack of evidence to back that up, even if he could do it.

“And I said, 'You’re asking me to do something that’s never been done in history — the history of the United States. And I’m not going to put my state through that without sufficient proof? And that’s going to be good enough with me? … No, sir.”

The committee previously introduced testimony and evidence that Eastman both acknowledged and was told the Jan. 6 plot broke the law. A White House lawyer also said Giuliani conceded to him that the plot was unlikely to stand up in court.
Bowers added that when he found out the Trump campaign had designated fake electors in Arizona on Dec. 14, his reaction was that “this is a tragic parody.”

He also said that, as late as the morning of Jan. 6, Rep. Andy Biggs (R-Ariz.) called and asked him to sign a letter supporting decertification of Arizona’s electors.


4. Another member of the GOP testifies about Trump’s false statements​

Full outline at the link.