And Now For A Nice Thread About All Things Pleasant...

The latest from Perseverance:

They also found this guy: 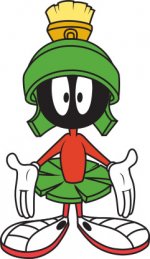 Well he's cute and all, and the photos are beautiful and the tech is incredible, but "Mars? Mars is a hellhole."

Anyway, I'm listening to the parrots outside right now, they're incredibly noisy. A flock of them are snacking up in the neighbor's date palms. These are Red-masked Parakeets, and not native to the region, they're feral flocks descended from escaped or released caged birds, and they've thrived in San Diego, among other places in California. Beautiful birds, though!

This colorful, long-tailed parrot is native to northwestern South America, where it lives mainly in dry forests of western Ecuador and southwestern Peru. Escaped cagebirds have established feral populations around San Francisco, Los Angeles, and San Diego, California, and locally in Florida. Often they are found in mixed flocks with the similar Mitred Parakeet. In the United States these parakeets are seen mostly around exotic plantings in city parks and suburbs, not in wild habitats.
Click to expand...

Brilliant!
We have a very large flock of feral Indian Ring-Neck Parakeets living around here. I do love to see and hear them.

eider said:
Brilliant!
We have a very large flock of feral Indian Ring-Neck Parakeets living around here. I do love to see and hear them.
Click to expand...

They're so interesting to watch, aren't they? I like how they move along the branch using their beaks, so different from how the songbirds move.

annabenedetti said:
They're so interesting to watch, aren't they? I like how they move along the branch using their beaks, so different from how the songbirds move.
Click to expand...

Ha ha! Characters all....
Sadly our Royal Society for Protection of Birds insists that Ring-necks reduce the chances of our song birds and so supports their reduction or removal, but Ring-necks are too smart for any gunners. They stay very close to residential communities and so shotgun noise, poisons, traps and other devices just cannot be considered.

We might as well declare them all to be asylum seekers and leave them alone!

The nearest large community of Ring-necks is in Thanet, Kent, UK.

The purists don't like the American Ruddy-duck either because it reduces the chances of the European White-headed ducks. Again, I think that Ruddies are absolutely delightful little birds...... I think I prefer them

My wife guesses that this is a pumpkin pie ..
Yes? No?

eider said:
My wife guesses that this is a pumpkin pie ..
Yes? No?
Click to expand...