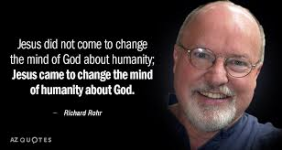 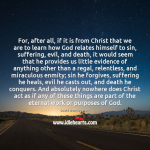 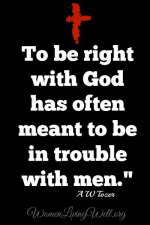 “The way of Jesus cannot be imposed or mapped — it requires an active participation in following Jesus as he leads us through sometimes strange and unfamiliar territory, in circumstances that become clear only in the hesitations and questionings, in the pauses and reflections where we engage in prayerful conversation with one another and with him.” - Eugene H. Peterson
F 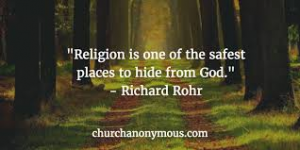 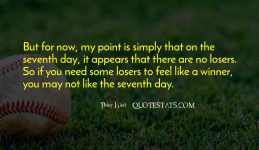 "All our fret and worry is caused by calculating without God." -Oswald Chambers

"If you will give God the right to yourself, he will a holy experiment out of you. God's experiments always succeed." 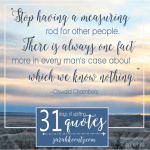 “A mind that is stretched by a new experience can never go back to its old dimensions.” -Oliver W. Holmes

The church is never more in danger than when it sees itself simply as the solution-bearer and forgets that every day it too must say, "Lord, have mercy on me, a sinner," and allow that confession to work its way into genuine humility even as it stands boldly before the world and its crazy empires. In particular, it is a problem if and when a "Christian" empire seeks to impose its will dualistically on the world by labeling other parts of the world "evil" while seeing itself as the avenging army of God. That is more or less exactly what Jesus found in the Israel of his day. The cross was and remains a call to a different vocation, a new way of dealing with evil and ultimately a new vision of God.” - N.T. Wright
F 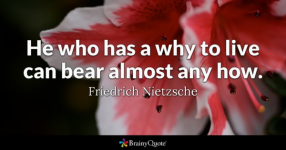 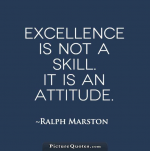 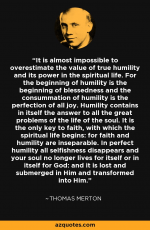 “When God is our Holy Father, sovereignty, holiness, omniscience, and immutability do not terrify us; they leave us full of awe and gratitude.”


“Our Lord finds our desires, not too strong, but too weak. We are half-hearted creatures, fooling about with drink and sex and ambition when infinite joy is offered us, like an ignorant child who wants to go on making mud pies in a slum because he cannot imagine what is meant by the ffer of a holiday at the sea. We are far too easily pleased.” -C.S. Lewis
F 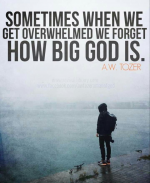 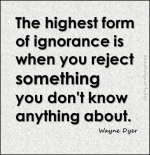 "Joy is not a requirement of Christian discipleship, it is a consequence. It is not what we have to acquire in order to experience life in Christ; it is what comes to us when we are walking in the way of faith and obedience." -Eugene Peterson
F 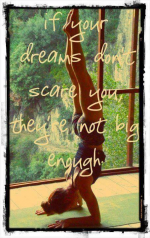 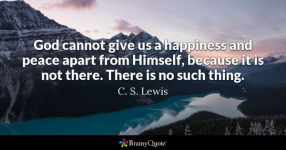 "Unto You, O Lord, belongs mercy; for You render to every man according to his work. The religious mind, however, educated upon the theories yet prevailing in the so-called religious world, must here recognize a departure from the presentation to which they have been accustomed: to make the psalm speak according to prevalent theoretic modes, the verse would have to be changed thus:

To You, O Lord, belongs justice, for You render to every man according to his work." -George MacDonald

"Our current criminal justice system has no provision for restorative justice, in which an offender confronts the damage they have done and tries to make it right for the people they have harmed...Instead, our system of 'corrections' is about arm's-length revenge and retribution, all day and all night." - Piper Kerman

"Retributive justice is largely Western. The African understanding is far more restorative - not so much to punish as to redress or restore a balance that has been knocked askew." - Desmond Tutu

"God's justice is a saving, healing, restorative justice, because the God to whom justice belongs is the Creator God who has yet to complete his original plan for creation and whose justice is designed not simply to restore balance to a world out of kilter but to bring to glorious completion and fruition the creation, teeming with life and possibility, that he made in the first place." ― N.T. Wright
F

“Blessed are the poor in spirit; for theirs is the kingdom of heaven.” There could not have been a broader, more beautiful statement. Why? In Greek “the poor in spirit,” means “bankruptcy”. Blessed—or most fortunate; or, to be envied is better—is a person who has been reduced to bankruptcy, without any potential of his own, for in his bankruptcy, all heaven is his! Why is there not more heaven in some people? The rich young ruler in Matthew 19, turned away sorrowful, because he had great possessions. Anyone who has great possessions is not going to get too far with the Lord. Most fortunate, to be envied, is a person who is reduced to bankruptcy in any self-resources. “In me dwelleth no good thing.” This is basic, because then it is possible for all heaven to be yours. Then Jesus goes on with the rest of the Beatitudes, because they are divinely arranged—in sequence. One makes it possible for the second, and we can’t get to the third until we have had the first and second. The point is; their blessedness all runs into a series sequence.” -― John Wright Follette
You must log in or register to reply here.
Share:
Facebook Twitter Reddit Pinterest Tumblr WhatsApp Email Share Link
Top