In Defense Of Rape

This is the natural consequence of using the concept of consent as a defining factor.

The Supreme Court of Canada issued a major decision on Friday allowing criminal defendants in cases involving assault — including sexual assault — to use a defence known as self-induced extreme intoxication.

Effectively, it means defendants who voluntarily consume intoxicating substances and then assault or interfere with the bodily integrity of another person can avoid conviction if they can prove they were too intoxicated to control their actions.

“To deprive a person of their liberty for that involuntary conduct committed in a state akin to automatism — conduct that cannot be criminal — violates the principles of fundamental justice in a system of criminal justice based on personal responsibility for one’s actions,” wrote Justice Nicholas Kasirer in the unanimous nine-judge ruling.

Under Section 33.1 of the Criminal Code, extreme intoxication — formally known as non-insane automatism — cannot be used as a defence in criminal cases where the accused voluntarily ingested the intoxicating substance.

The court’s ruling declares that section is unconstitutional.

The court found that, despite the “laudable purpose” of the criminal code provision, it runs afoul of the Charter of Rights and Freedoms because it is too broad.

“The legitimate goals of protecting the victims of these crimes and holding the extremely self-intoxicated accountable, compelling as they are, do not justify these infringements of the Charter that so fundamentally upset the tenets of the criminal law,” the court said in the ruling.

“With s. 33.1, Parliament has created a meaningful risk of conviction and punishment of an extremely intoxicated person who, while perhaps blameworthy in some respect, is innocent of the offence as charged according to the requirements of the Constitution.”

In a written argument presented to the court as part of its deliberations, the Women’s Legal Education and Action Fund had warned that allowing the defence to be used in cases of voluntary extreme intoxication would privilege “individual rights over those of vulnerable groups, including women and children who disproportionately bear the risks of intoxicated violence.”

“The harm caused to women as a result of intoxicated violence is devastating and infringes on their right to security and equality,” the group had argued in their factum.

“Holding individuals accountable for violent crimes committed in a state of self-induced intoxication is a pressing and substantial objective, given that a failure to do so excuses such violence and discourages reporting as an option for survivors.”

Automatism in Canadian law is defined as “a state of unconsciousness that renders a person incapable of consciously controlling their behaviour while in that state.”

The same definition is used to support the defence of “insane automatism,” which is what is used in criminal cases where the accused is found to be not criminally responsible.

The federal government had added the provision to the Criminal Code in 1995 specifically in recognition of concern “that self-induced intoxication may be used socially and legally to excuse violence, particularly violence against women and children.”

In the ruling, Kasirer noted that the court’s decision striking down the provision “has no impact on the rule that intoxication short of automatism is not a defence to violent crimes of general intent, such as assault or sexual assault.”

He also wrote that there are still other paths that the government can consider using to legislate around “extreme intoxicated violence.”

“The sense that an accused who acts violently in a state of extreme self‑induced intoxication is morally blameworthy is by no means beyond the proper reach of the criminal law,” he wrote.

“Protecting the victims of violent crime — particularly in light of the equality and dignity interests of women and children who are vulnerable to intoxicated sexual and domestic violence — is a pressing and substantial social purpose.”

The decision went on to provide examples of ways that the government could legislate.

For example, Kasirer suggested one approach could be “if Parliament legislated an offence of dangerous intoxication or intoxication causing harm that incorporates voluntary intoxication as an essential element.”

“Parliament may also wish to study and regulate according to the nature and properties of the intoxicant. The common effects of the intoxicant, its legality, and the circumstances in which it was obtained and consumed may be relevant to a marked departure standard.”

“Our Government is unwavering in its commitment to ensuring that our criminal justice system keeps communities safe, respects victims, holds offenders to account, all while upholding Charter rights,” he said in a statement following the decision.
“We are carefully reviewing the decision to determine its effect on victims as well as the criminal law. It is critically important to emphasize that today’s decision does not apply to the vast majority of cases involving a person who commits a criminal offence while intoxicated.”

One of those cases involved Thomas Chan, a Peterborough, Ont., man who was previously convicted of murdering his father in December 2015 after consuming magic mushrooms and having hallucinations.

The Supreme Court decision allows him to use the extreme intoxication defence at a new trial. Chan’s lawyers had previously sought to use the defence during his initial trial.

The main decision was the case of an Alberta man named Matthew Winston Brown who was acquitted of violently attacking a woman inside a house that he had broken into after consuming alcohol and magic mushrooms at a party in 2018.

The Crown had appealed his acquittal.

Sullivan, the court wrote, had “voluntarily taken an overdose of a prescription drug.” While impaired, he “attacked his mother with a knife and injured her gravely.”

He was charged with multiple offences and convicted, but his lawyers appealed. 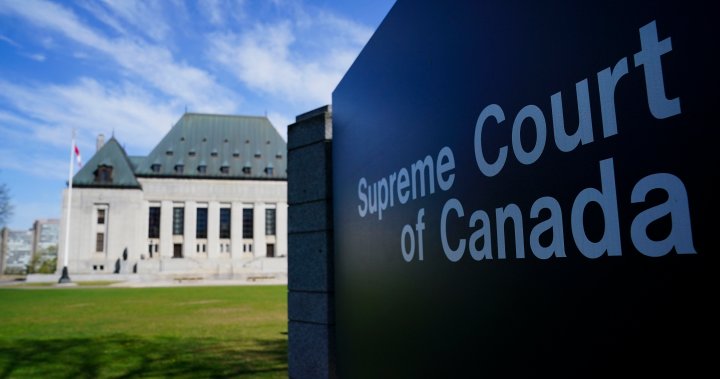 The Supreme Court of Canada ruling, called R. v. Brown, means an accused may be able to escape conviction if they can prove they were too intoxicated to control their actions.

I can't imagine why this would not work as a defense against drunk driving.

How far of a slippery slope is it from that to this:

"Yes I molested those children, but because I'm a pedophile I believed that it was okay to do it."

ok doser said:
How far of a slippery slope is it from that to this:

"Yes I molested those children, but because I'm a pedophile I believed that it was okay to do it."
Click to expand...

"Checks out. He was suffering from non-insane automatism at the time."

ok doser said:
How far of a slippery slope is it from that to this:

"Yes I molested those children, but because I'm a pedophile I believed that it was okay to do it."
Click to expand...