Can unsaved sinners clearly know what God has revealed unto them which is why they are left without excuse if they reject the word of God after having been enlightened? Of course. We are told that in Romans 1.
M

Ben Masada said:
Hi Nick, I agree with you about the incident of Jonah, though not because it happened literally but because of Numbers 12:6. We read there instructions from HaShem with regards to His prophets. He said, "If there be a prophet among you, I the Lord will make Myself known to him in a vision and will speak to him in a vision. That's what happened to Jonah. He never even left his bedroom to take a sheep to Nineveh. It was all in a dream. To run away from his mission as a prophet, he went down to Joppa, took a ship to Tarshish to hide from the Lord. Once in the ship, he went down in the ship lay down and continued fast asleep while the dream proceed. When he woke up, he considered his dream and took God's will for granted as Nineveh was concerned. Then, he went one with his prophetic mission; went to Nineveh and Nineveh was saved. But, literally, he was never in the belly of the fish.
Click to expand...

There is absolutely no basis for saying that Jonah did not spend three days in the fish when Jesus said he did.
M

byass said:
Have you ever seen the words elect and call in the Bible.


Have you read that all mankind is born dead to God and alive only to sin?
Spiritually dead.
What does dead mean to you?

Have you read John's speaking about the sheep?
John Ch 10:26, '..but you do not believe because you are not my sheep'.

All sinners will be enlightened by the Holy Ghost at some point in their life (John 1:9) Those who believe and receive the light will be given the power to become the sons of God (John 1:12). Those who reject the light will be damned (John 3:19). God did not design hell for humans, but for the devil and his angels. God is not willing that any should perish (2 Peter 3:8-10), which is why God provided Jesus as a propitiation for the sins of the whole world (1 John 2:2), giving God the right to forgive sins of any and all who would come to Him for forgiveness and salvation.

The wicked who reject the light prove they are not among those God chose in Christ from the foundation of the world, but their condemnation is not a pre-determined judgment of God based upon His will alone without regard to their rejection of salvation. We know this because those who reject the light given them after birth and innocence will be rejected of God and have their names removed from the Lamb's Book of Life (Revelation 22:19).
M

BoyStan said:
Whatever happened to the 'call of God'? God calls dead sinners to faith in Christ. God's calling is the missing truth in the plan of salvation today. Dead sinners cannot accept any gift from God. First God calls them to life (new birth) and out of this new birth they have faith in Christ. Only God's calling gives the glory to God for salvation, but the very popular 'accept Christ gospel' is the product of man's pride wanting to exalt his 'free choice'.
Click to expand...

God first enlightens the lost sinner (John 1:9). Then those who receive the light are given the power to become the sons of God (John 1:12). Those who reject the light are condemned to hell.
M

Can a Calvinist understand God if God refuses to allow him to and forces him to depend on a false hope in his erroneous interpretations of the Bible?

Banned
I can't see my puppet strings but I can't see far enough to see who is tugging them.
Sweat drips down from them and it tastes like the sweet Jesus.
He must be saving me.
Praise Jesus He leads my "can't do not'in" wooden body.

webby said:
"Have you accepted God’s gift of salvation?"
Click to expand...

The book to read: 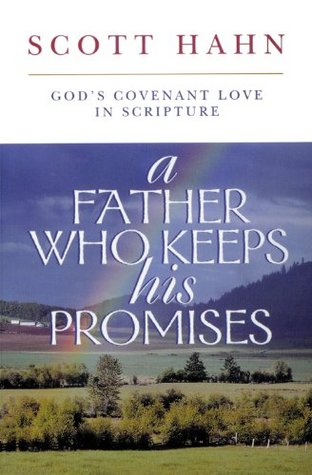 I have to second that motion. This is the book to read: