A little context from Trump Gurl: Street talking or speaking use to be huge in England. You could go to Hyde Park and see scores of people up on boxes or stands giving speeches on some topic of the day. Its a British thing. Speakers' Corner is located on the north-east edge of Hyde Park, nearest Marble Arch and Oxford Street. Historic figures such as Karl Marx, Vladimir Lenin and George Orwell were known to often use the area to demonstrate free speech. Today it is not quite as popular as it was 50 years ago but it is still a common thing. So this pastor speaking out in public may look odd to us Americans, but over there he was not doing anything unusual at all. The subject he was speaking on was traditional marriage.

But in England there is no Bill of Rights and you do not have a guaranteed right of free speech, and today in England the leftist extremists are worse than they are here. So this man was arrested simply for speaking against gay marriage. While annab is making insane ignorant threads about the "rightwing" losing touch, here is the REALITY of the leftwing using Marxist and Nazi tactics on a poor old man telling the truth. (By the way, do those cops look English to you?)

Warning to Americans: Coming soon to your city as soon as Biden's Marxist forces are done shredding the constitution. 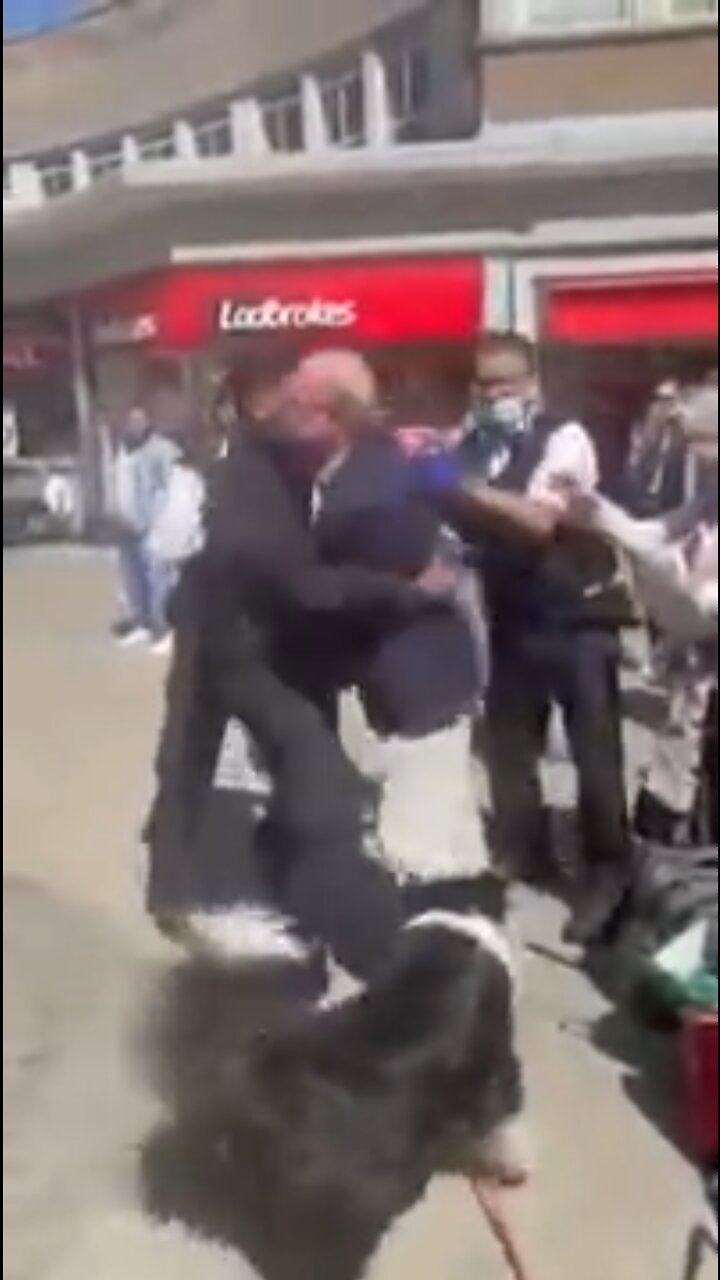 Pastor John Sherwood was arrested in North West London last week for "hate speech" for preaching from the Bible.

Next time, we'll let the Germans conquer them. They've earned it.

Next time, we'll let the Germans conquer them. They've earned it.
Click to expand...

One commenter said: "I spent a lot of time in London, and if I remember correctly, the northwest part of London is heavily muslim. No Surprises Here."