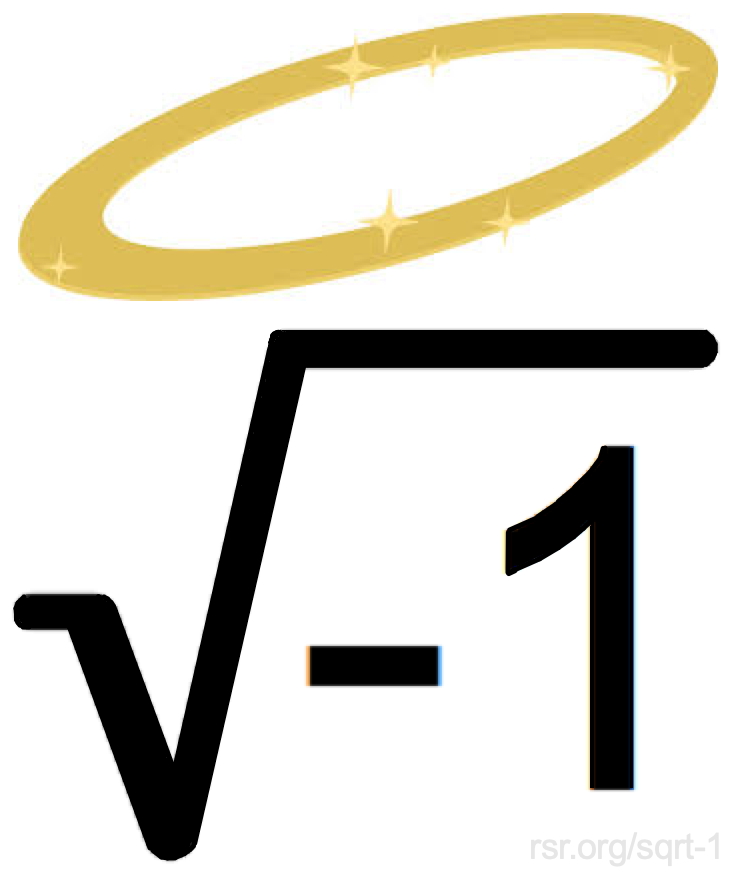 Real Science Radio's Bob Enyart and Fred Williams have fun listing the things, real things, that are not physical! No atheist can even attempt to argue against the reality of non-material things without using non-material things, such as ideas and reason. Like Einstein said, ideas are not physical. It turns out to be so simple, to disprove the claim that only the physical realm exists, for, ideas exist. On today's sequel the guys describe many laws that are not physical (like civil law, criminal law, social rules, house rules, etc.) but then they get into quite the discussion of whether or not the laws of physics are physical! (You may want to hear Part 1 first!)


- Numbers are not physical. They are not made of matter and they're not made of energy. Numbers do not have temperature, density, color, mass, volume, shape, a melting point, hardness, odor, length, etc.


- Math is not physical.


- Information is not physical.


- Grammar is not physical.


- Logic is not physical.


- Reason is not physical.


- Ideas are not physical.


- Language is not physical.


- Science is not physical.


- Morality is not physical.


- Truth is not physical.


- Souls are not physical.


- Spirits are not physical.


- Concepts are not physical.


- Codes are not physical.


- Loyalty is not physical.


- Rage is not physical.


- Love is not physical.


- A Googol is not physical.


- A Googolplex is not physical. Knowing where the truth leads, some atheists are afraid to acknowledge that numbers are not physical. In their fear, they throw a temper tantrum and insist that numbers, such as the number 3, are made of matter. So then, how about a googol? That is a 1 followed by a hundred zeroes, a quantity greater than the number of particles in the known universe. And a googolplex, 10 to the googol power, also cannot be made of matter because with that number also, that much matter doesn't exist. But even more emphatic than with a googol, with a googolplex, that number has far more digits than there are particles in the universe! So that number could not, of course, be physical because even its digits could not be physically represented for there are no where near that number of particles in existence.


- Infinity is not physical. Yet it is real. Don't believe us? Then believe Vsauce...


- Consciousness is not physical. The best an atheist can make of a physical explanation for consciousness comes from one of the world's leading mathematical physicists, Roger Penrose, who wrote of the brain that it somehow has harnessed, "details of a physics that is yet unknown to human physicists." Other atheists including Daniel Dennett and Jerry Coyne argue that consciousness is an illusion. Why? They intuitively recognize consciousness, that is, awareness, as evidence against their materialism and for non-physical reality. Ironically though, even if it were an illusion, an illusion, being a concept, is non-physical, so that they can't even argue against such reality, since arguments too are non-physical.


- Genomes are not physical. They are information, that is, a genetic code, and can be losslessly copied onto different media; and while nothing physical can hitch a ride on a photon, a genome's information can be transported on fiber cable, for example at light speed, which is just another indication of its nonphysicality; etc.


- Your mind is not physical. Minor observations consistent with this include that when neurosurgeons magnetically or physically stimulate the part of the brain that causes a patient to lift an arm, and the patient says that while he is completely aware that his arm lifted, he is also aware that "he" is not the one who made the decision to lift his arm. Whether or not all (or even most of) the atoms in your brain are replaced over your lifetime, that does not replace you or your mind.


- Laws of convention are not physical. For example, cultural rules like that it is best for married women to wear wedding rings, and social rules like the use of infrastructure (driving on the right side of the road), house rules (like calling the 8-ball, or landing on Free Parking to collect the fines demanded by Community Chest and Chance cards), etc., are not physical.


- "Natural law" is not physical. Criminal laws and civil laws are not physical. Thou shall not murder, and that the party to a contract is obligated, these laws are not made of matter. Additionally, valid criminal laws, for example, are not invented but discovered. For by God's intention they inherently permeate the society that He brought into existence. Proper criminal laws need only for man to acknowledge them or easily discover them. Men should acknowledge them in God's special revelation through Scripture. Do not murder; Do not steal; Do not commit adultery; Do not bear false withness (due process); and Do not covet (going to motive in criminal trials). Or a man can easily discover these laws by listening to the conscience put within him through what theologians call God's general revelation. Realize too that it is only by the conscience God put within us that any of these laws could be described as "natural", for the natural law movement is really just conservative-leaning persons disinclined to acknolwedge the force of the revealed law, rightly divided, of Scripture.


- The laws of physics are not physical. For like numbers and everything else that is not physical, the physical laws are not made of matter and they're not made of energy. The laws of physics do not have temperature, density, color, mass, volume, shape, a melting point, hardness, odor, length, etc. (For example, a law of physics might describe behavior of matter at zero degrees Kelvin, but it would be incorrect to state that the law itself was cold.) They do not posess kinetic, potential, thermal, elastic, chemical, or radiant energy. And as one consideration, quantum laws are probabilistic, and probability too is a concept and not physical. Further, many of the physical laws use time as a scalar quantity but is time physical? Time also appears to lack the properties of matter and the properties of energy. Time is not physical. And, time is uncreated. (That observation stresses many Christians who assume then that God would no longer be preeminent and that instead of the Lord, Time itself would be God. That's rather reactionary. Consider that the number 3 was not created, nor love, nor truth, nor reality. Yet just as with time, which eternally flows from God as His heartbeat, so to speak, none of these, numbers, love, truth, or reality, denigrate God. He is not subservient to the number 1. But as equal-opportunity stressers, we'd like to further stress out the materialists by pointing out that the space-time continuum is not physical. Or at least, if space itself is physical, the space-time continuum cannot be physical unless the non-physical can somehow interface to and affect the physical, just as the spirit is interfaced to the body somewhere within the human brain.) Thus whereas time is real, time is not physical. And yet, within physics and as used in the physical laws, time is a fundamental quantity. Thus for these and many other reasons, ironic as it is, the laws of physics themselves are not physical.


- And God is not physical.


in three stages. First, "Everything is Particles." Second, "Everything is Fields." And finally, "Everything is Information." (To illustrate the uncertainty, see CIT's Sebens over at Aeon explains the raging uncertainty about whether electrons, etc., are actually particles or fields.) And over at BigThink in a 2017 article, The basis of the universe may not be energy or matter but information, they quote Wheeler's 1989 paper for the Santa Fe Institute:


"every it--every particle, every field of force, even the space-time continuum itself--derives its function, its meaning, its very existence entirely--even if in some contexts indirectly--from the apparatus-elicited answers to yes-or-no questions, binary choices, bits."


And Philip Perry at BigThink continues:


There are lots of theories on what the basis of the universe is. Some physicists say its subatomic particles. Others believe its energy or even space-time. One of the more radical theories suggests that information is the most basic element of the cosmos. Although this line of thinking emanates from the mid-20th century, it seems to be enjoying a bit of a Renaissance among a sliver of prominent scientists today...

If the nature of reality is in fact reducible to information itself, that implies a conscious mind on the receiving end, to interpret and comprehend it.


There is much in quantum mechanics that supports that. And the scientific origin even of the (absurd) multiverse/many-worlds belief was exactly an effort to avoid the implied requirement of consciousness which appears to many brilliant minds to be at the heart of physics. (See rsr.org/mutliverse#princeton.) Of course though in his article, like in that excerpt, Perry skips the conscious Mind that would first be on the transmitting end.


IBM's Phil Tetlow, writing of MIT, CIT, CMU's Edward Fredkin, sometimes Feynman collaborator, sometimes physics professor, quotes him saying, "I've come to the conclusion that the most concrete thing in the world is information" and as Wired puts it, Fredkin insisted that "everything we see and feel is information."


Tim Malden's 2019 text on Quantum Theory published by Princeton discusses "quantum information theory" in which physical changes in a system can occur based on "what someone believes about the system." On the first page of his book he asks, "What is matter?" Malden answers his own question, "The best theory of matter presently available is quantum theory. Our main task is to understand just what quantum theory claims [yet] no consensus at all exists among physicists about how to understand quantum theory... Instead, there is raging controversy." Perhaps then science will finally arrive at the New Testament teaching in Hebrews 11:3 that "the things which are seen were not made of things which are visible" for "In the beginning was the Word, and... all things were made through Him" John 1:1-3. After all, God didn't generate, but He "said, 'Let there be light.'"
You must log in or register to reply here.
Share:
Facebook Twitter Reddit Pinterest Tumblr WhatsApp Email Share Link
Top