A View from the Edge of the Cliff 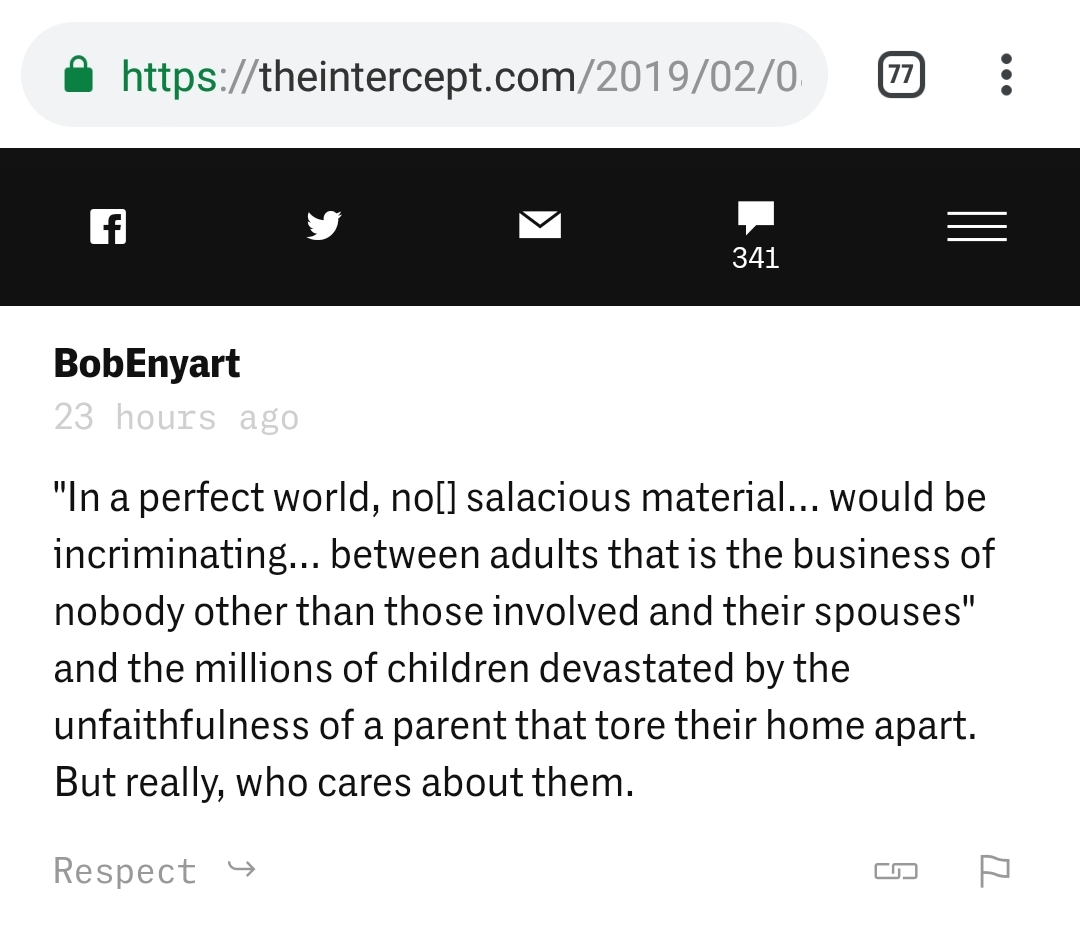 * The 2nd Most Expensive Affair Ever: Jeff Bezos is going to pay an enormous sum for his adultery, (and not just financially). But his children will pay more. And no matter the justifications other deviants try to make, find out why the Bezos affair could go down as the second most expensive ever. And see the screenshot of Bob's comment to pro-adultery Glenn Greenwald.

* If the Noose Fits: Why would proud homosexual Jussie Smollett keep the noose that his "racist attackers" put around his neck on after the attack ended? Perhaps because he’s lying?

* Happy "Death to America": The Iranian mullahs meant to say happy anniversary, but they just seem to be stuck on the whole "Death to America" chant. Bob and co-host Doug McBurneydiscuss the original Islamic State 40 years on.

* Socialism in your Face: Listen in as Bob and Doug discuss the intellectual disconnect of a generation of Americans warming to socialism, as a socialist civilizational collapse occurs right before their eyes in Venezuela.

* Freedom Needs Your Help: With true freedom rooted in the Gospel of Jesus Christ, the voice of Bob Enyart Live is more important now than ever before! Go online right now and give all you can to keep Bob on the air for another year.
You must log in or register to reply here.
Share:
Facebook Twitter Reddit Pinterest Tumblr WhatsApp Email Share Link
Top